The family home is often the primary asset in a family. The original purchaser of the home typically is the father and mother who intend to leave this asset to their children. When the parents pass away and leave the home to their children, often it is a surprise to the heirs that there are tax implications for the heirs to consider, particularly if the home underwent remodeling and received upgrades before the parents passed away. A key tax issue for the heirs involves capital gains, not only from the home improvements, but also, because land values rose during the parents’ lifetimes.

There are complicated tax issues under the Internal Revenue Code, which a probate attorney can explain, but the good news is that there may be tax savings when an heir sells the family home that she or he inherited. This law is commonly known as step up in basis. Our Maryland probate attorneys at Frame & Frame can explain the details of this law, so please contact us to learn more about this and other tax issues involved in a probate matter.

Overview of How Step-Up in Basis Works

The step up in basis rule is a law that provides a tax advantage to individuals who inherit real estate or personal property when the owner passes away. The rule operates to adjust the value of an asset, which could have appreciated between the time the owner acquired it and the date of death. Instead of taxing the property based upon the cost basis when the deceased individual obtained it, the asset is assigned a stepped up value at the death of the original owner. This beneficial tax rule does not actually extend to the deceased owner. Rather, the advantage kicks in for the heir who receives the property. When the beneficiary or heir is ready to sell the asset, it will be valued as of the date of death of the decedent instead of the original cost, thereby saving potentially thousands of dollars in capital gains taxes.

Example of the Step Up in Basis Rule

Contact an Experienced Maryland Probate Attorney Regarding Step-Up in Basis

Please contact Frame & Frame to learn more about the step up in basis when selling a family home you inherited. We can provide tax and probate information that will be invaluable to the heirs. We can answer your questions and assist with a wide range of legal issues. With offices in Pasadena and Stevensville, we serve communities in Anne Arundel County, Queen Anne’s County, Kent County, and Caroline County.

Not Sure Where To Start? 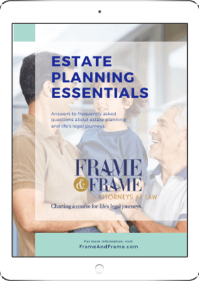 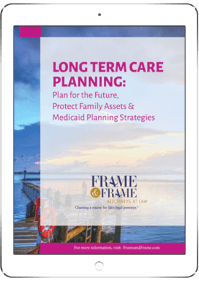 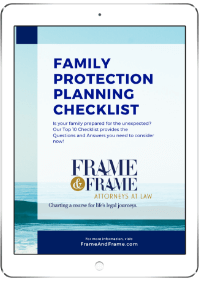 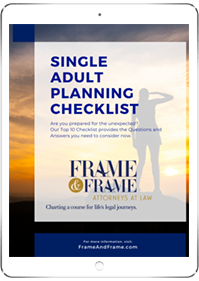